“Floored” by Tim Walker and directed, filmed and edited by us made it into the official selection for Bradford’s international Drunken Film Festival and screened at Bradford Brewery on 17th July 2017 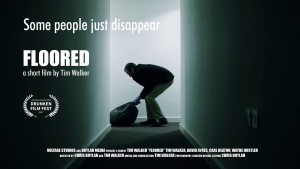 “I’m delighted with the work Chris produced. A relatively short brief but the results were just what I had in mind and got across the mood of the Record Café perfectly. Friendly and great to work with too!”

“Chris was professional from the outset. The planning was seamless and Chris advised us as to what would show the pub at its best. The overall look was very professional and we were impressed with the editing because it took us a few takes but it was a fun process. I would recommend using Chris to anyone who needs a video for their business.”

“I just wanted to say how much I enjoyed the whole experience of making the film with you. I wanted the film to capture some of the many processes involved in making a piece of jewellery and it did all that and more. Your attention to detail amazed me, from the story board suggestions you sent me prior to starting filming, and the time you spent setting up shots that were maybe a couple of seconds long in the end but were well worth the effort! Not forgetting the editing you did afterwards to get the ‘look’ I wanted.
Your experience and wealth of knowledge really shows, as does your obvious love of film making. Thank you also for sorting out the music (your own composition!).”

“Preplanning with Chris was very organised with clear storyboards, props & equipment lists. We left the planning meeting sure he had a clear idea of what we were after and he’d well briefed us in what it was going to entail. That planning and a healthy dose of humour kept it all rolling smoothly through the 8 hour of filming in a cold basement. Every glimpse or update afterwards just looked better and better and we really couldn’t be happier with the final product.”

“Boylan Media provided us with a high quality product at a competitive price for the One Leeds event at the West Yorkshire Playhouse. Chris helped us throughout the process and ensured that everything was in place for the filming of our event and that the DVDs were produced and delivered quickly and to a high standard.”

“Just wanted to thank you, Chris for creating the promotional film for the Cooking Cottage. The end result is humorous, creative, and seems to strike just the right note. The feedback from my customers has also been excellent. Competitive advantage is essential in today’s market and for any business wishing to stand out from the crowd, I would highly recommend your services.”

“Hi Chris,
Many thanks from York Joint Scout Trust for the work that you have done filming and editing the video of the 2012 National Scout Car Races, it leaves us with something far better than our guys could have ever done. We are putting a link to the youtube video on the Scout Cars Website so that people looking on the website get a better idea of what the event is all about.”

“Hi Chris. Just seen the video. Totally Amazing!! The images are so clear and smooth, it really goes far past what I was hoping it would look like. The work on the floating cards is also top class and looks wonderful. I’ll email you later but I just wanted to let you know I’d seen it and it looks great! Patrick.”

“We are delighted with our collaboration with Boylan Media. This is our first video project so we were heavily reliant on not only BM’s technical skills, but also their ability to interpret our vision for the finished item, which exceeds our expectations given our limited budget for this project. The video is a very valuable addition to our online presence and marketing capabilities. Highly recommended!”